A house situated in a traditional city in Osaka prefecture surrounded by old wooden houses. A long one room house was twisted twice to avoid a exising old house and to form a courtyard, and at the two folding point the high-side lit were formed making use of the gap of the slanted roofs. The interior changing the height from one to two story high,   is lighted throughout the day with sunlight reflected by the white ceiling. Along with this long and twisting ceiling gradually shadowed,   three entrances cut into the space and the kitchen booth having the same height of 2 meters overlaps white shadows and give depth to the unless simple continuous space. Also the two DOMA (the traditional name of soil or concrete hard floor) space situated under the high-side lit as a transition place between the house and the neighbourhood, used as storage, workshop or buffer zone for everyday life. 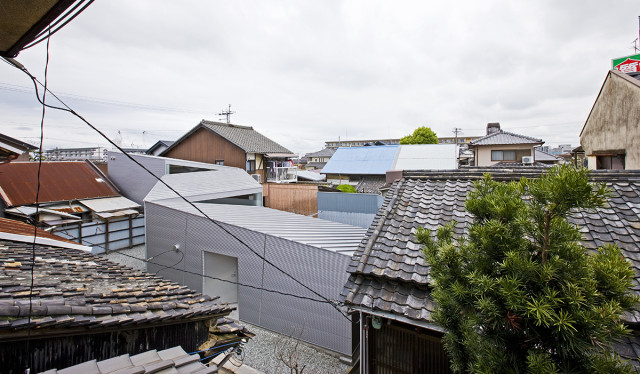 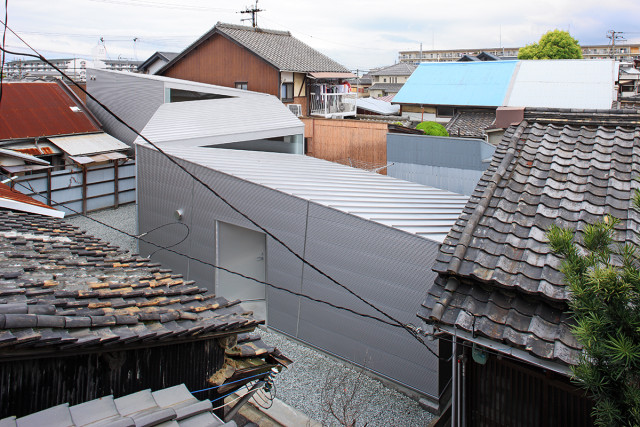 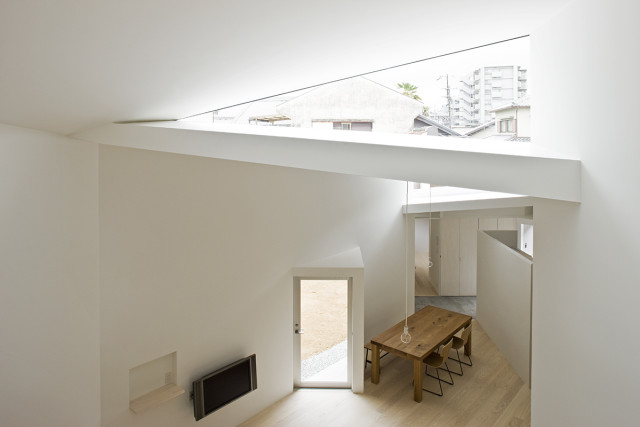 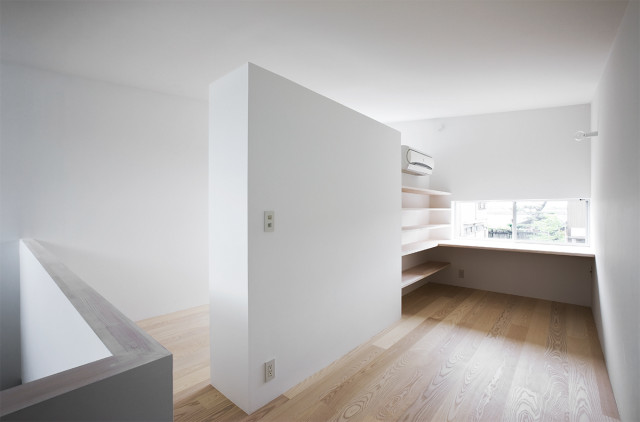 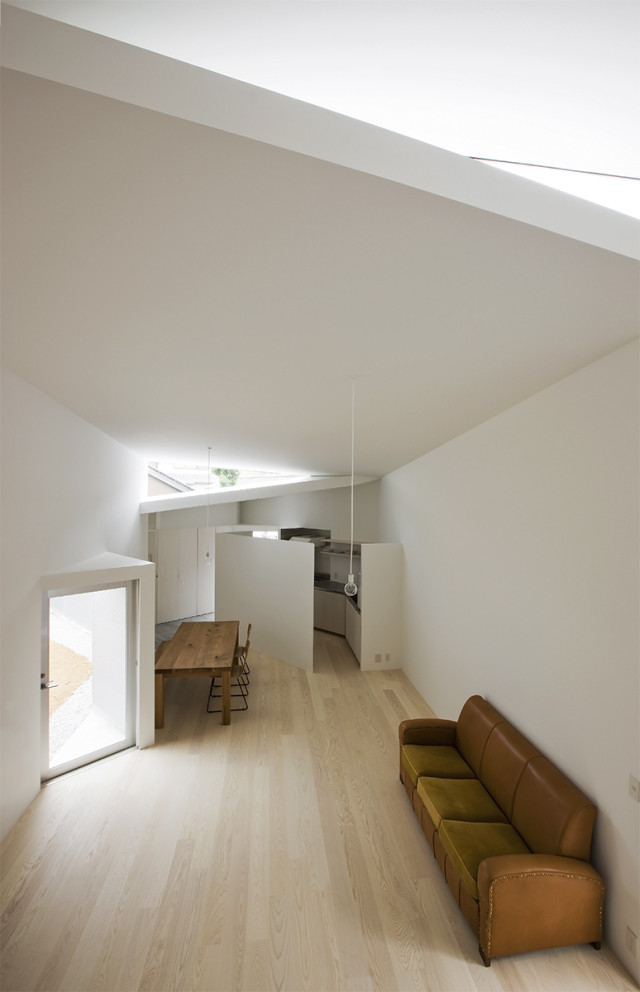 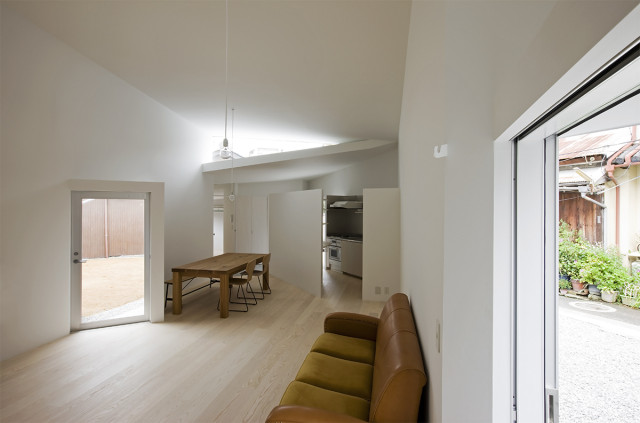 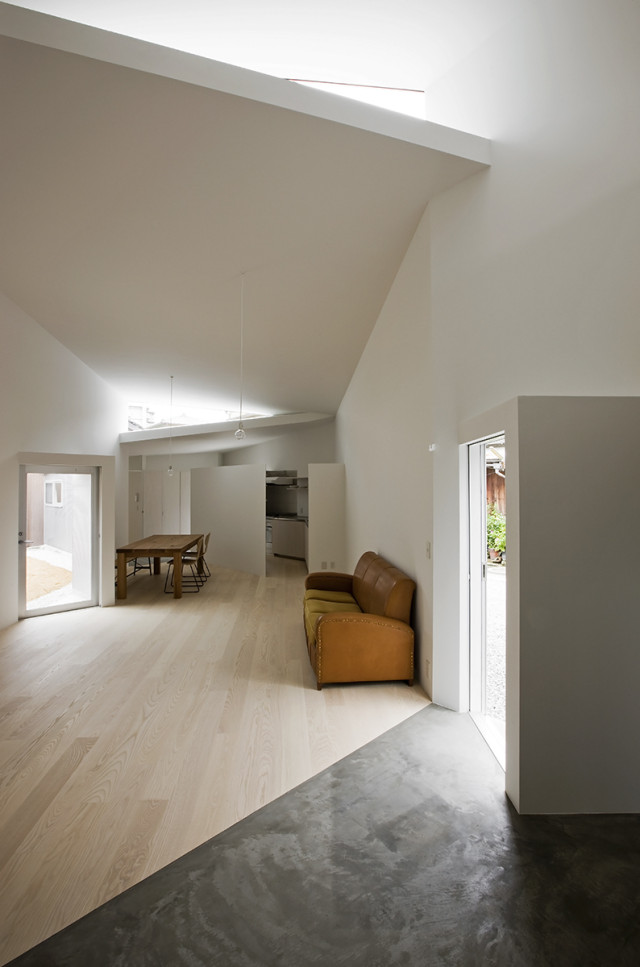 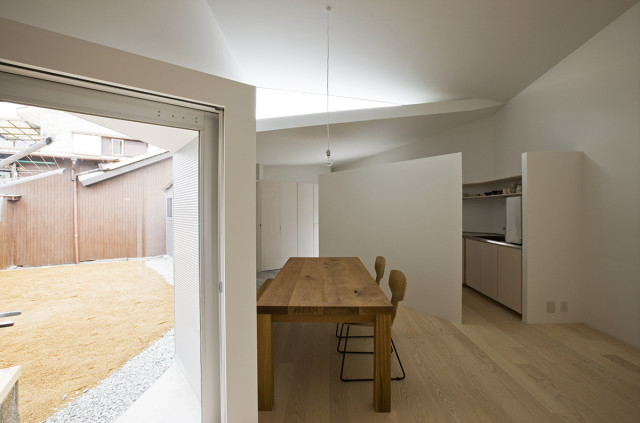 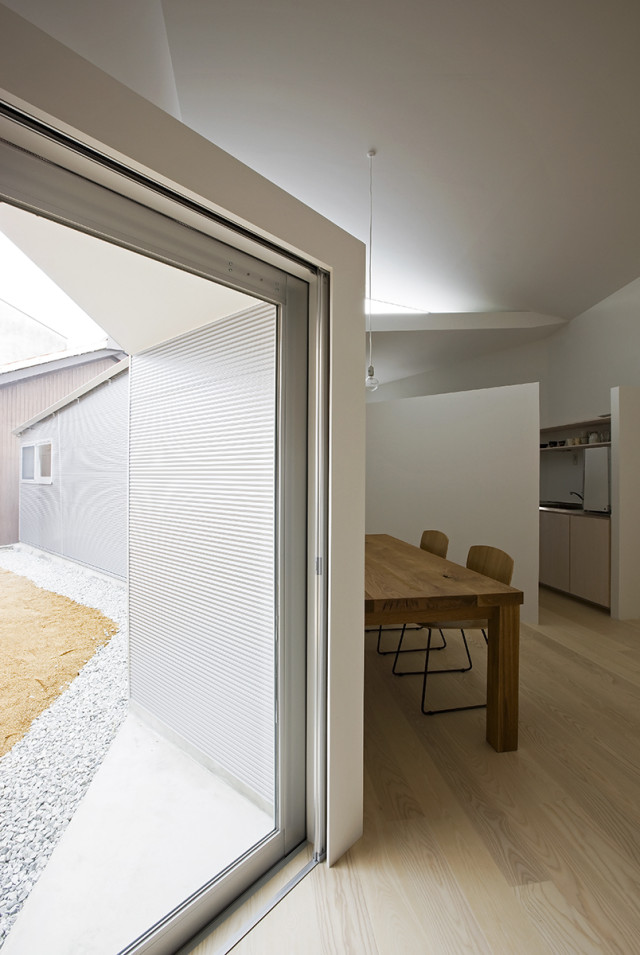 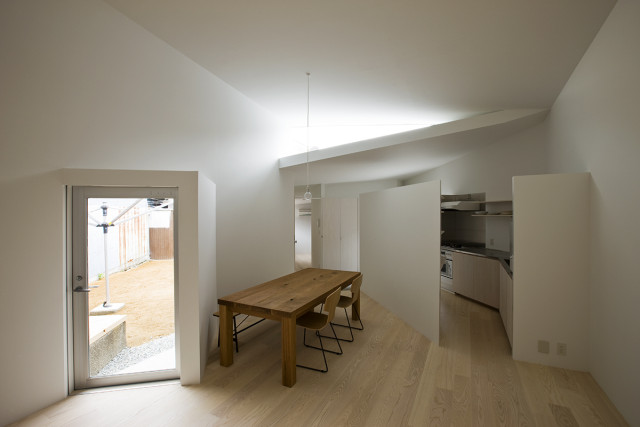 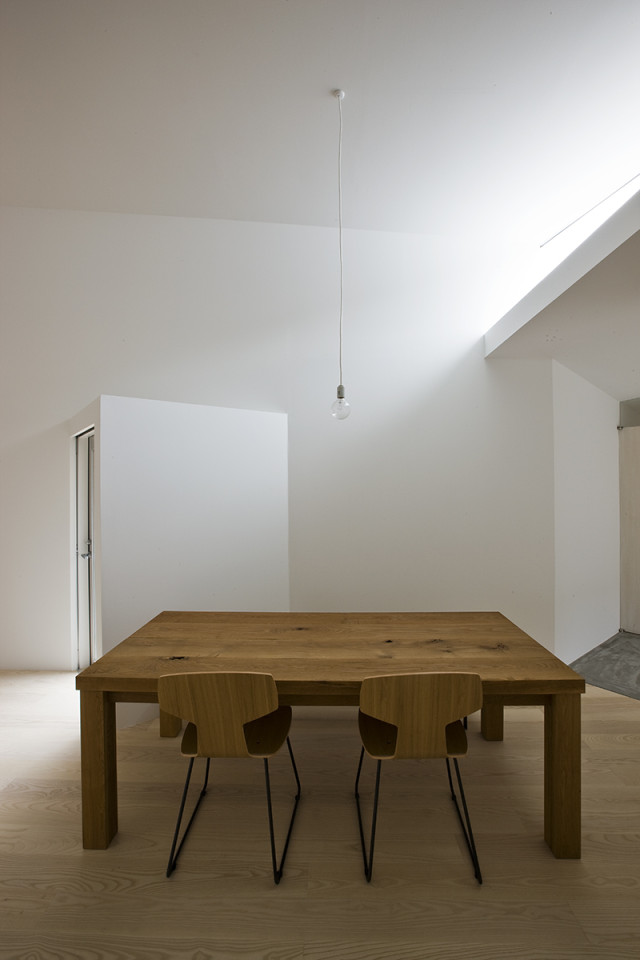 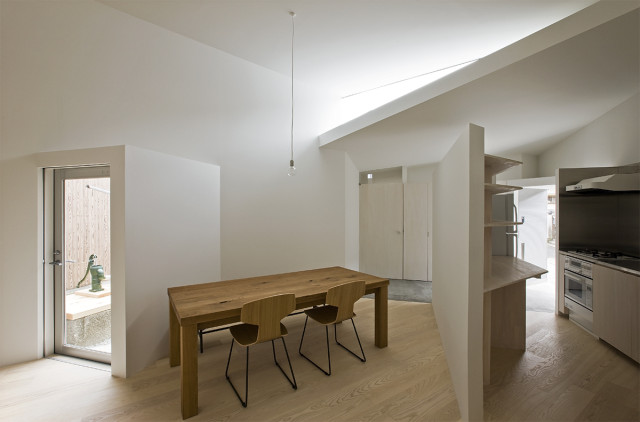 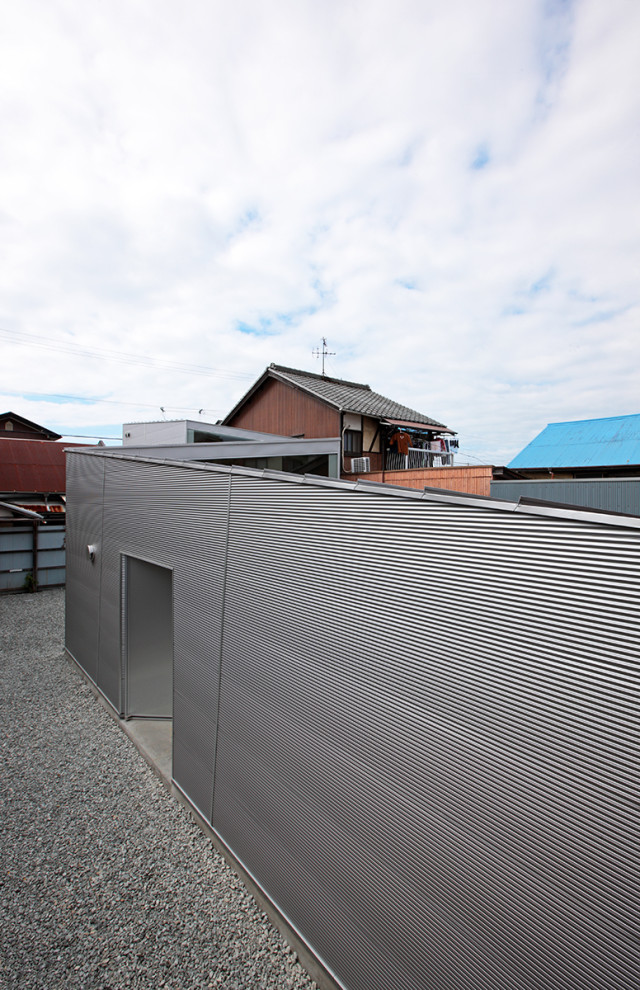 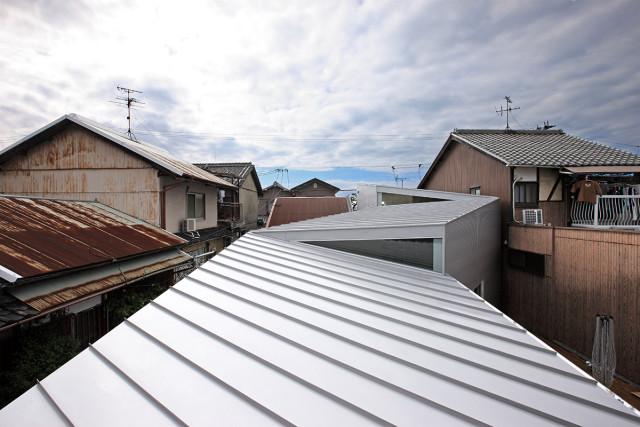 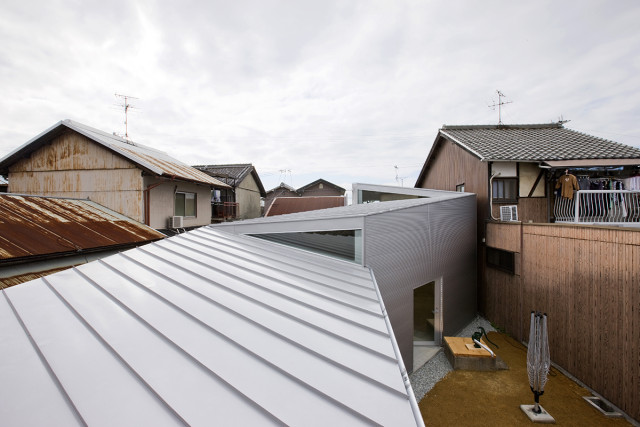 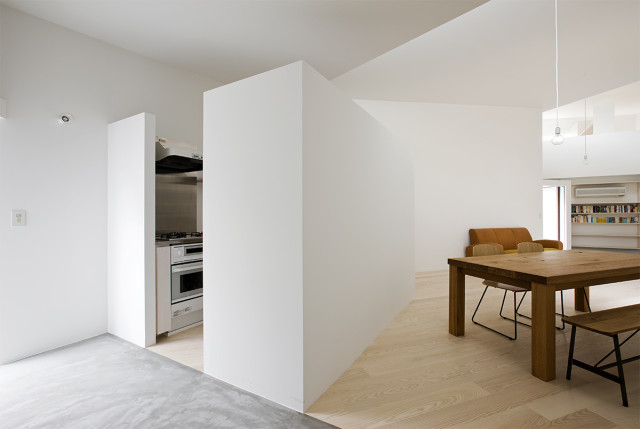 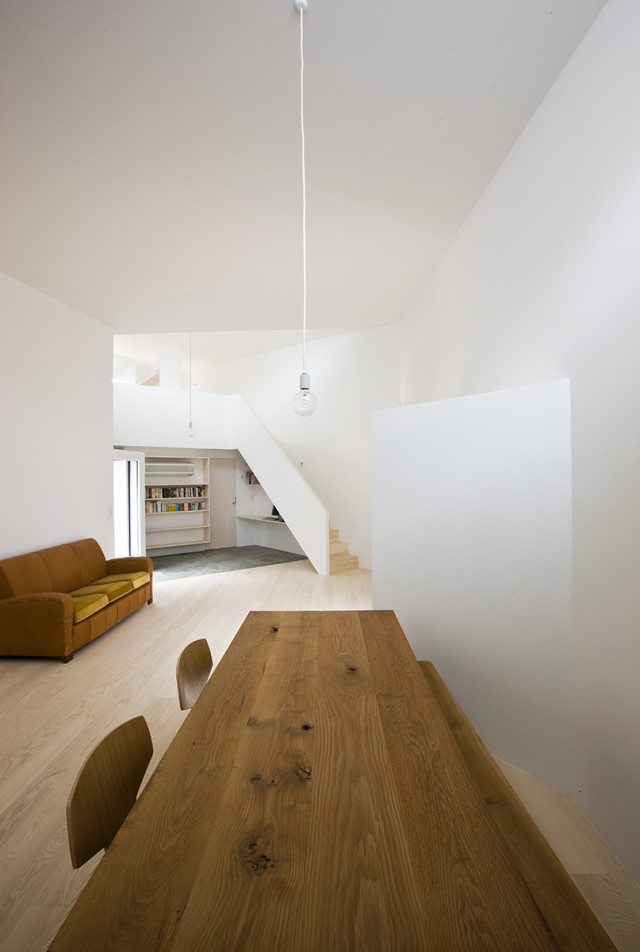 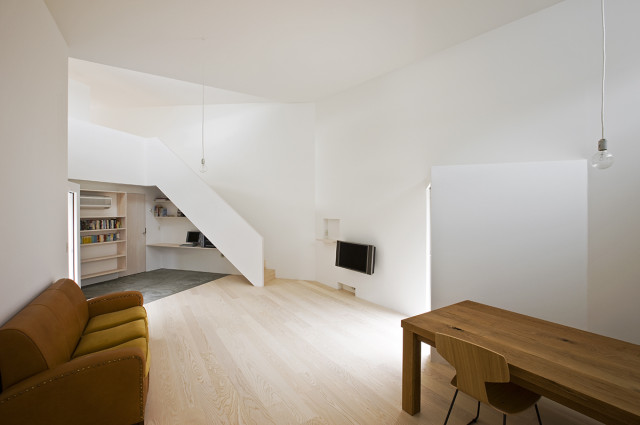 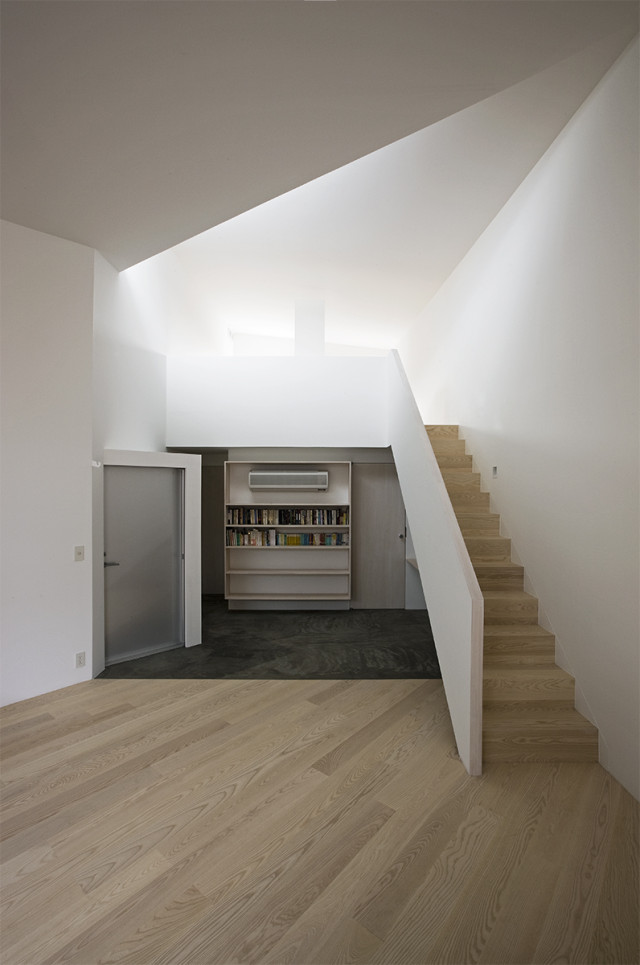 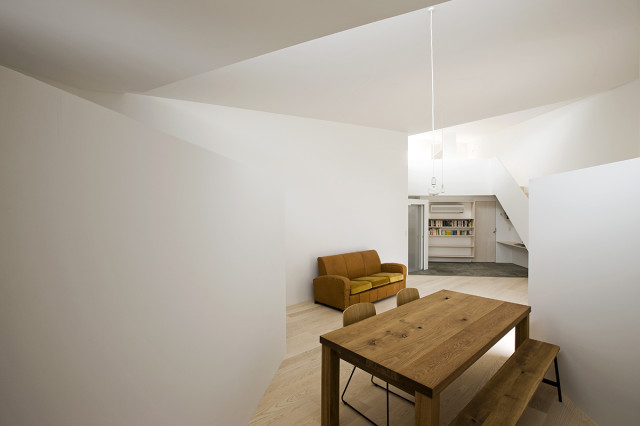 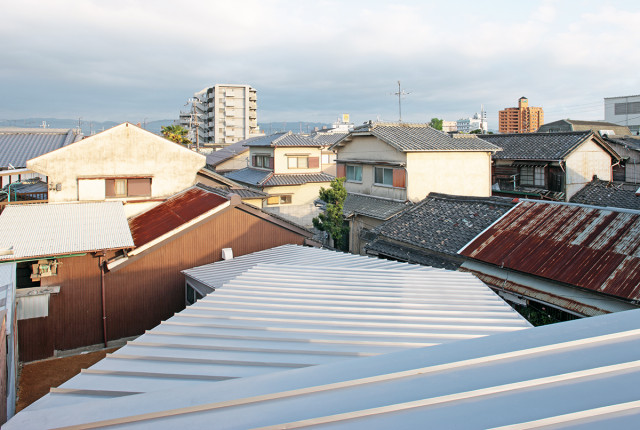 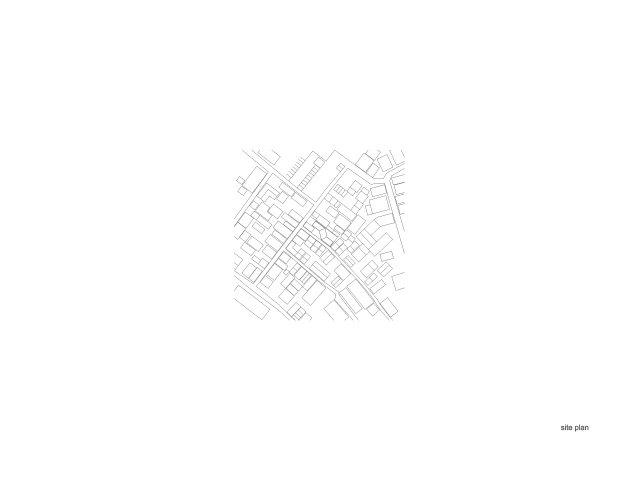 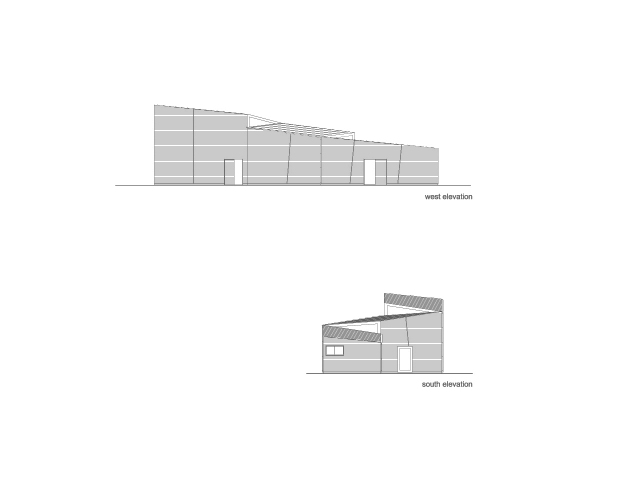 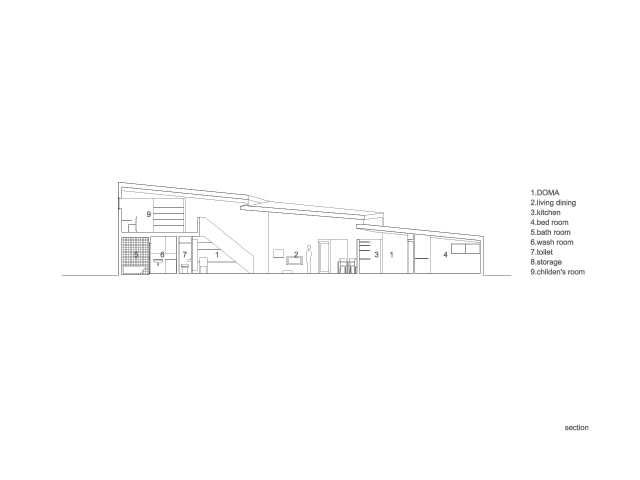 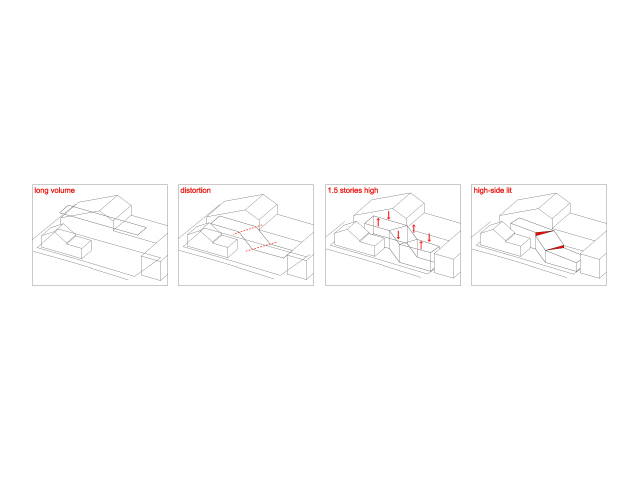 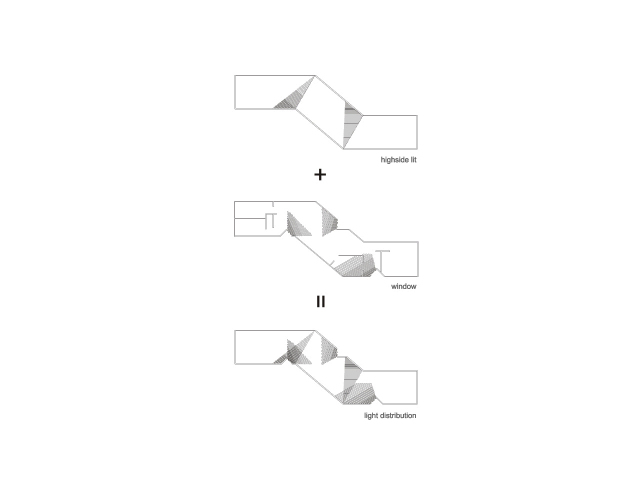 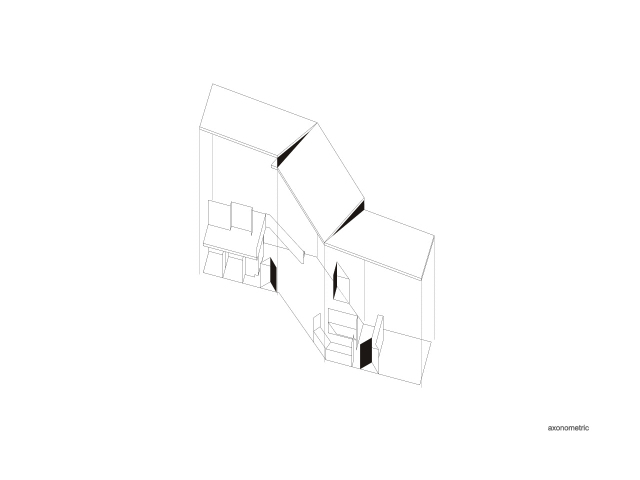 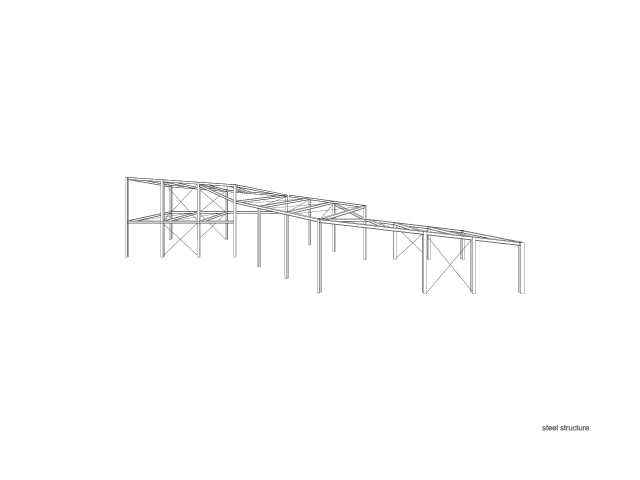