This is a 100m2 residence for a couple and their cats located in Osaka, Japan. The typical method for designing a house would assign rectangular rooms with specific functions and lay out them. Such a design produces a series of rooms of similar size and causes monotonous spatial experiences. Our approach was to avoid the conventional design practice and to create a structurally rational but spatially heterogeneous house.

On the assumption that there is a human being within the optimal spatial coordinates resulted from the site and living requirements, we used Voronoi line segments that divide equally the shortest distance to create spaces.The actual trial and error involved the full use of 3D-CAD. First, the building’s shape was squashed in a parallelogram in order to keep an adequate distance from the site’s borders. Second, the center wall was folded to divide the space into two, diagonal to the site on the first floor and parallel to the site on the third floor. Next, the floors were skipped, and. The final step was to slope the roof. In this way, various spaces came to be created so that continuous changes can be experienced as one moves along or through the bent wall. (the way of folding diagram) 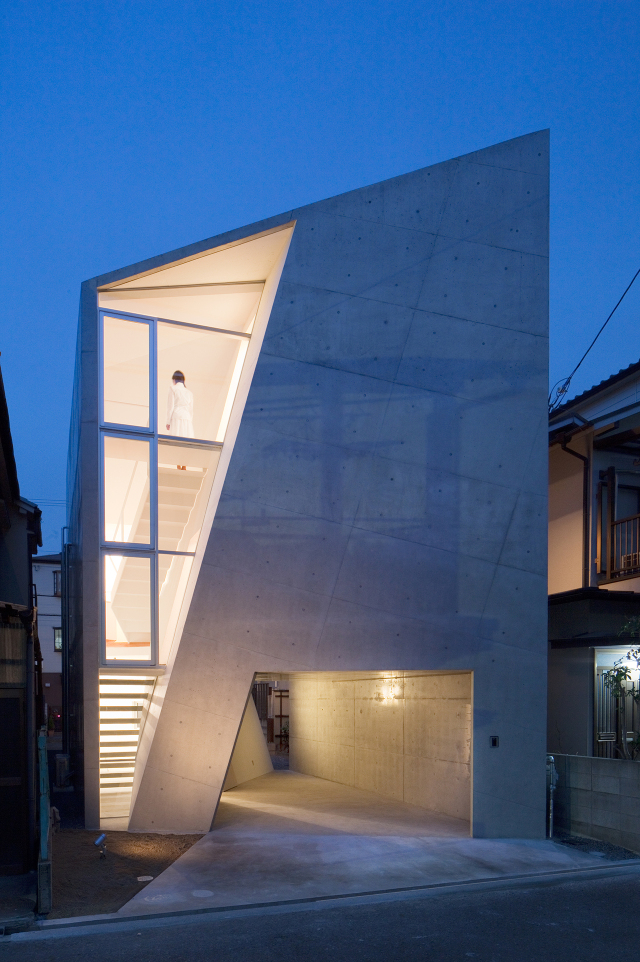 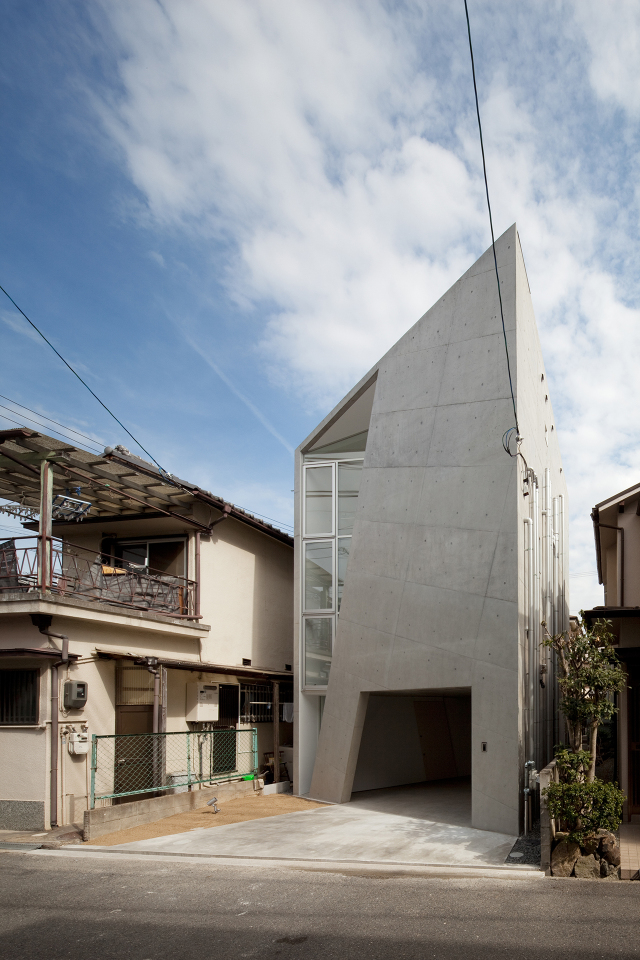 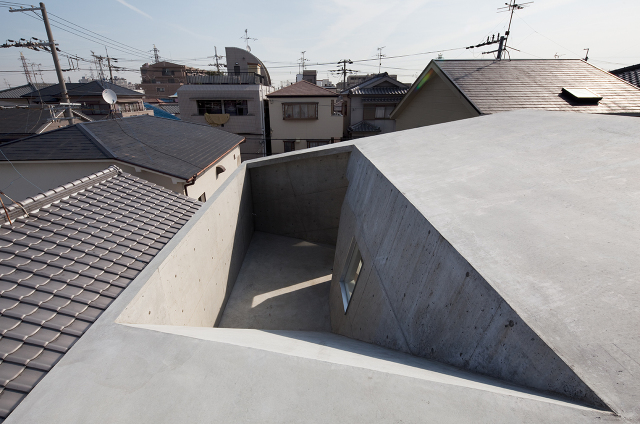 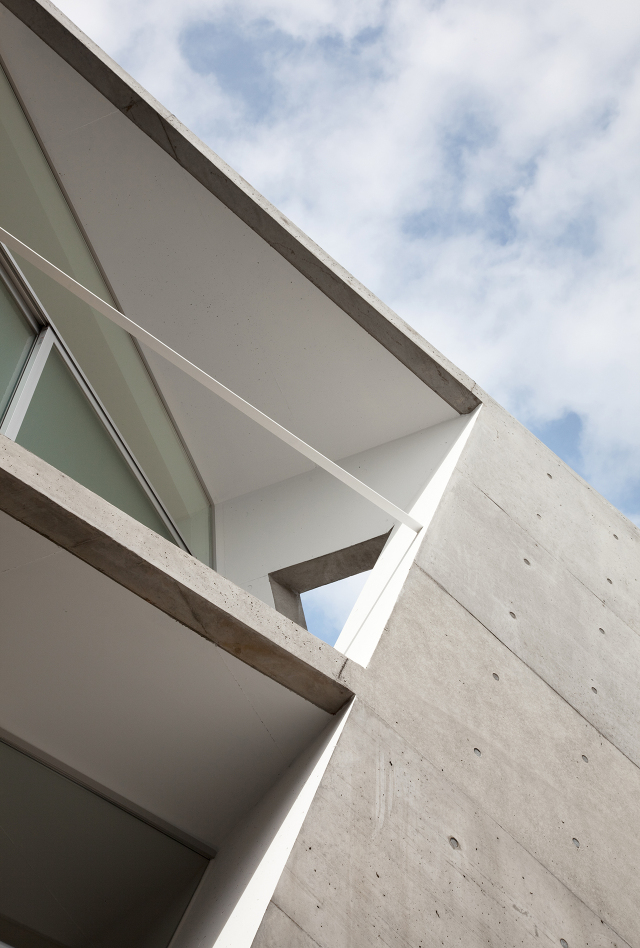 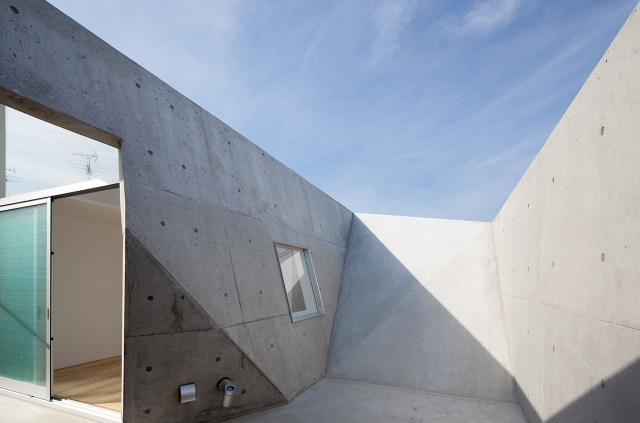 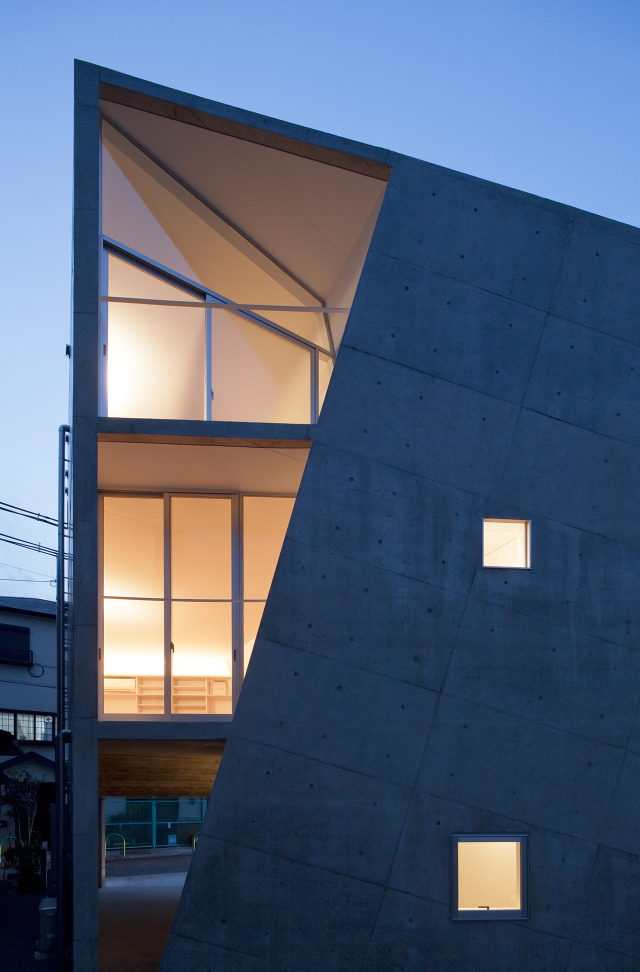 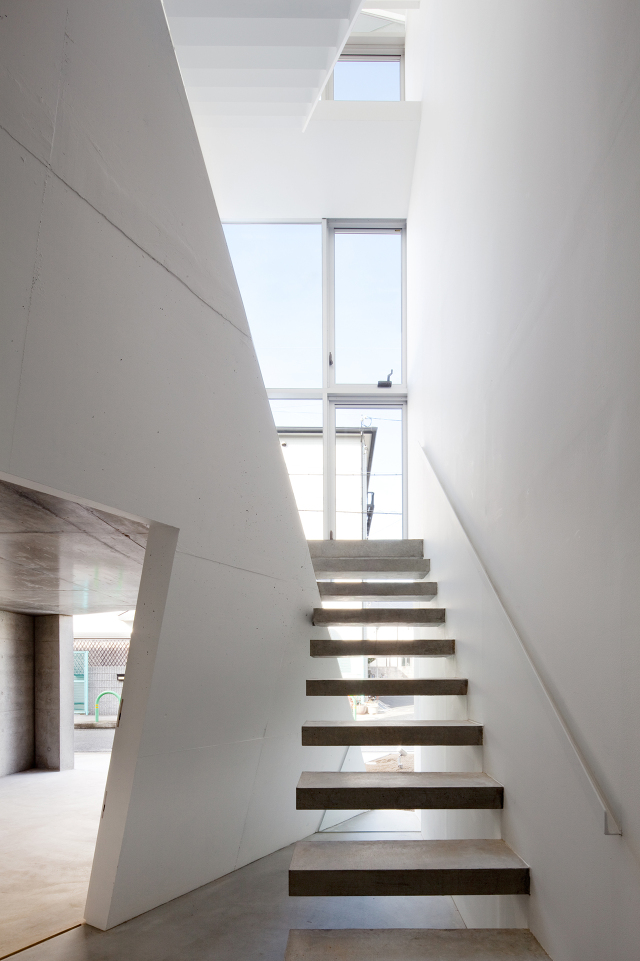 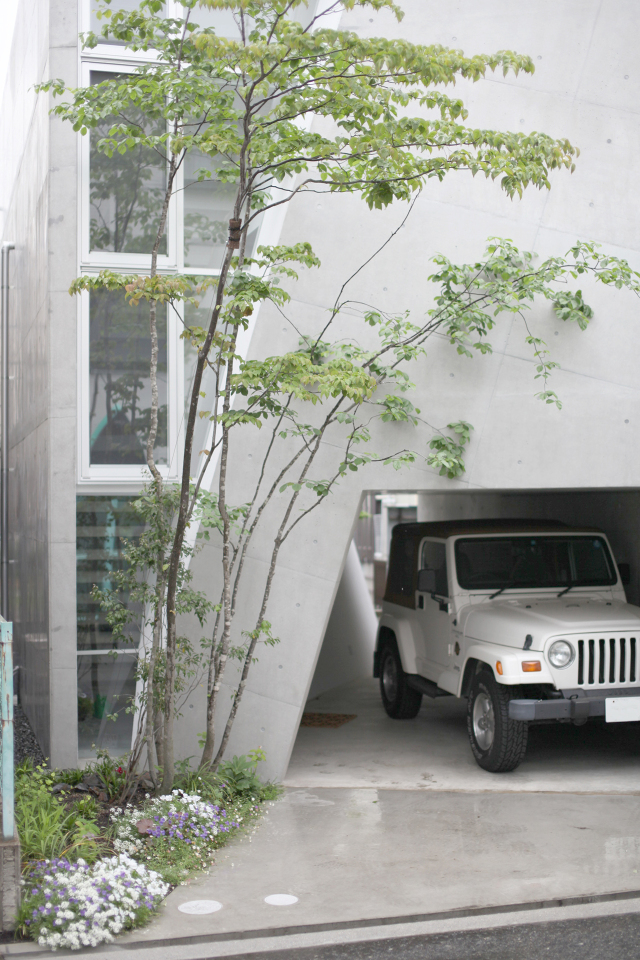 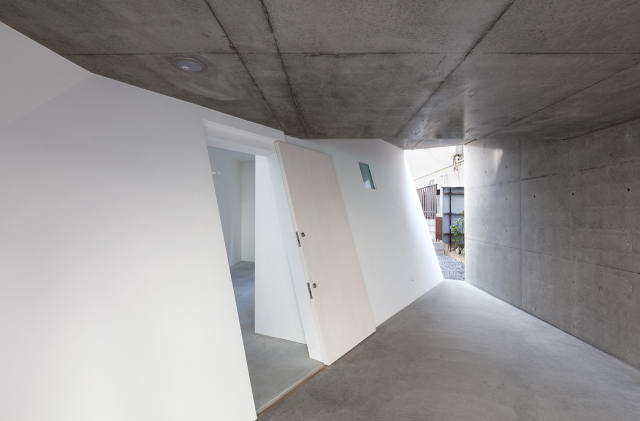 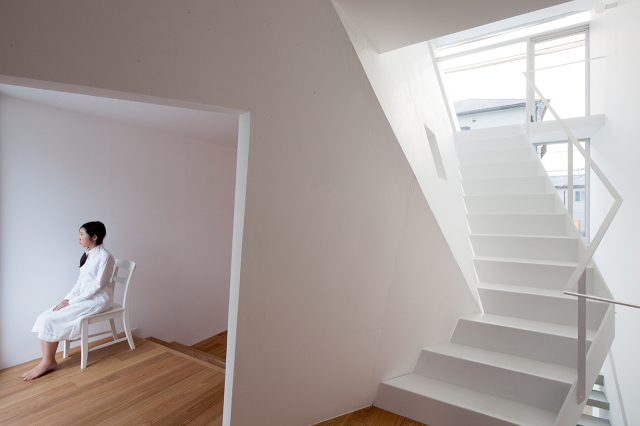 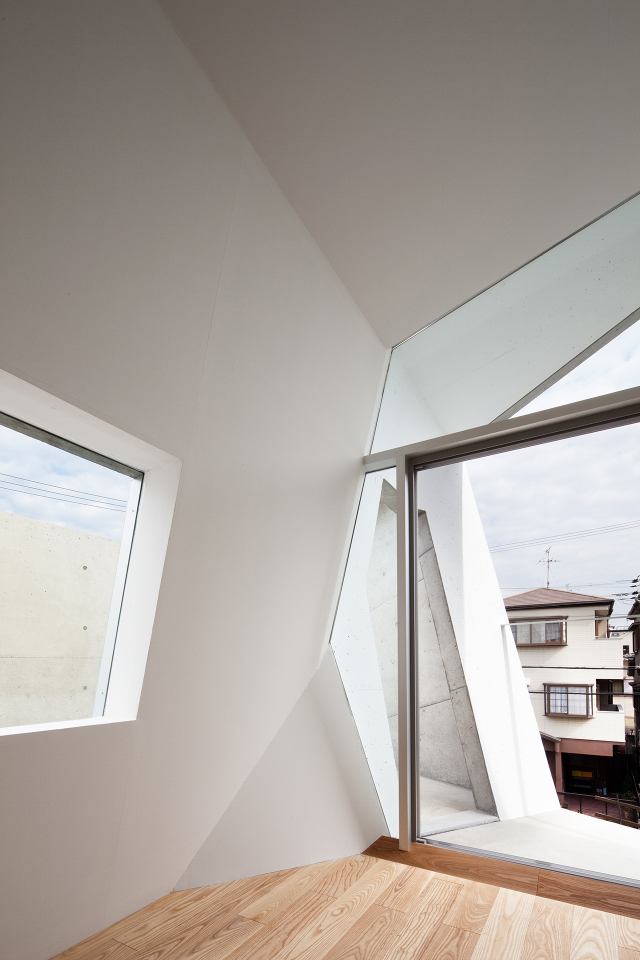 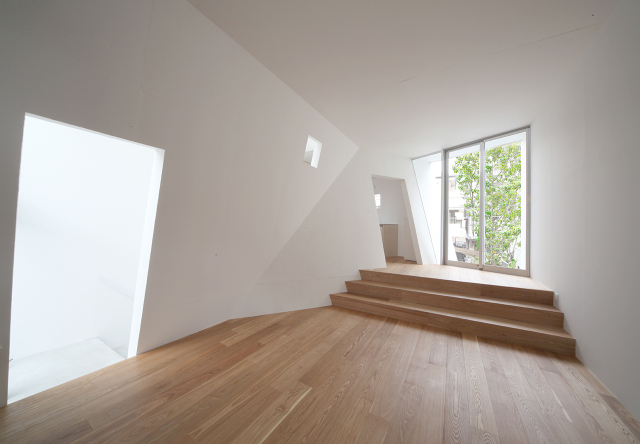 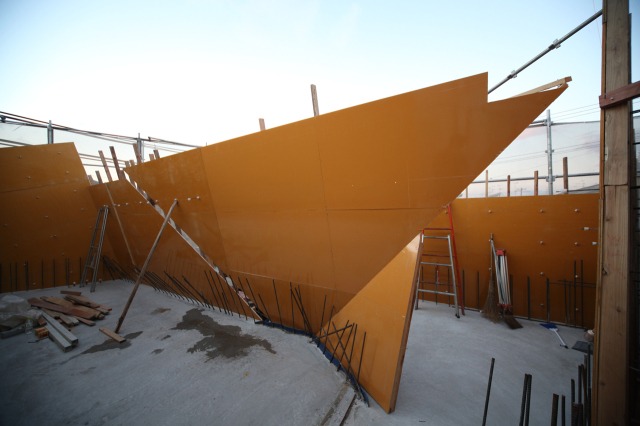 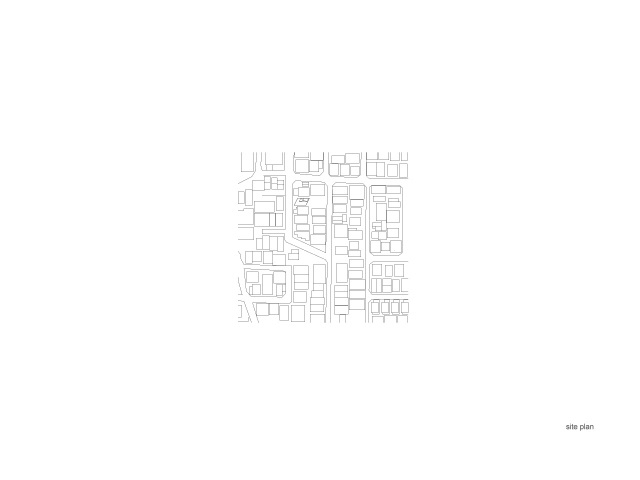 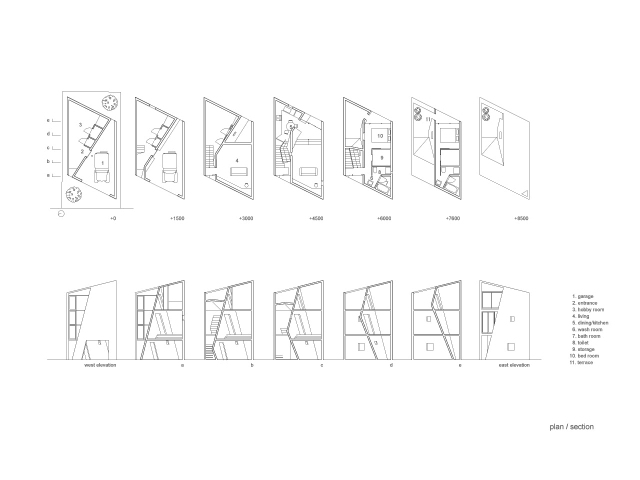 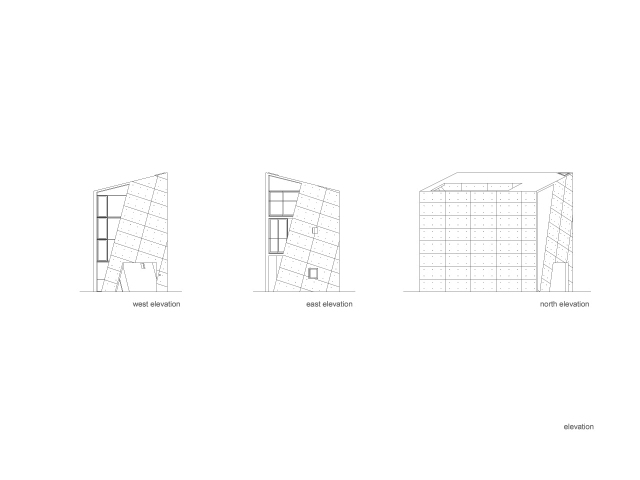 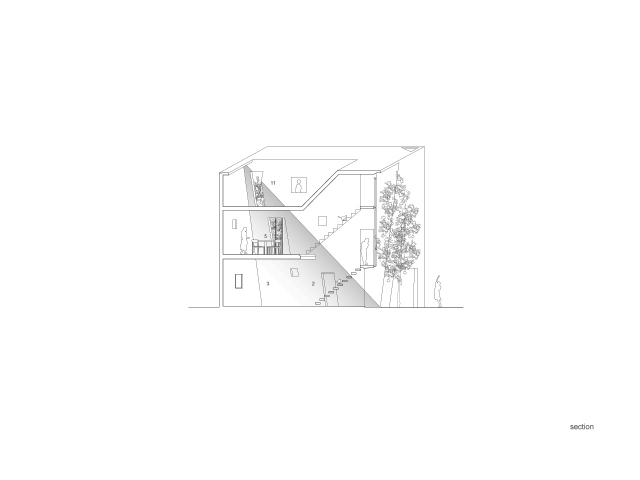 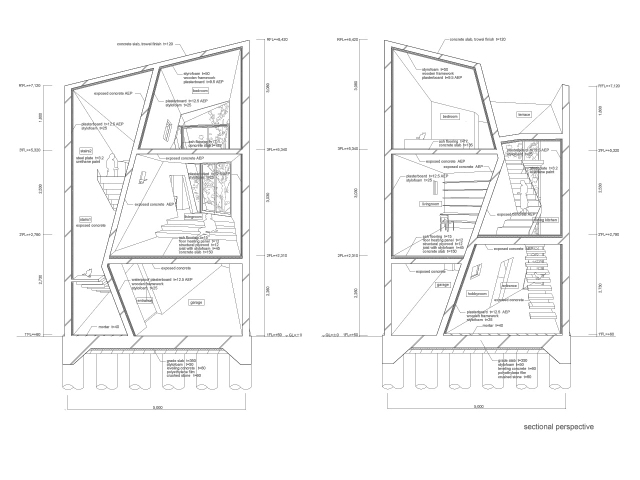 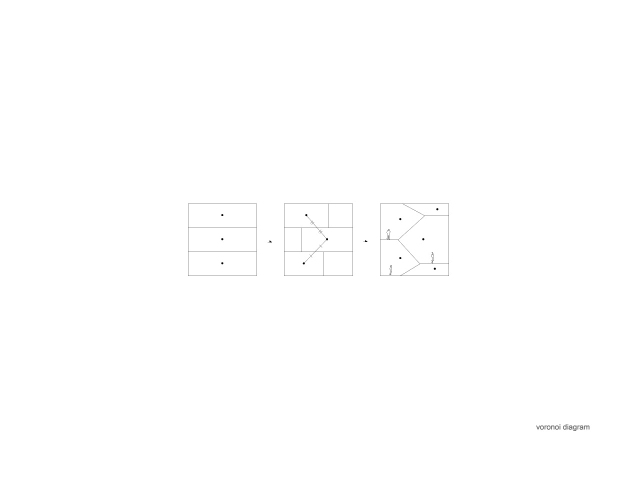 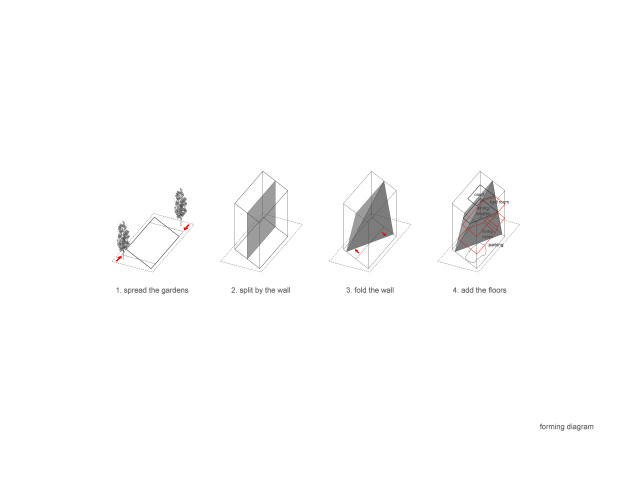 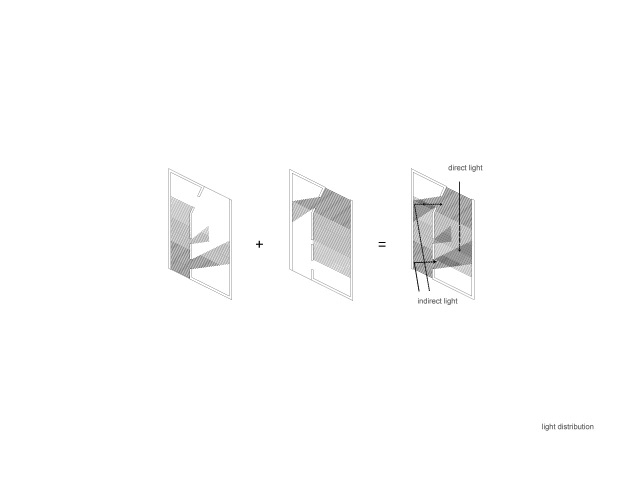