A young couple needed a house to enjoy their spare time, such as weekends or nighttimes, having nice meal, enjoying films and playing billiards, which requires a large space with, soundproof. So the first thing in question was how to get a hall at least spanning 6m, preferably of reinforced concrete, within the budget.
The second question was to fit this hall into the distorted shape of the site, formed of remains of building lots from two housing land developments, which meet at an angle of 20 degrees, and the sloped road in front of it creating 1.5m difference in height from the one end of the site to the other.
We formed the interior space of the house along with this sloped road, putting parking lot at the lower end, the billiard -theater through the entrance, dining-kitchen at a half-floor level going up the broad stairs, which served also as a seat for a home-theater, allowing us to watch images on a huge screen-wall at another end of the billiard hall, over the billiard table. As the client needed no isolated space, a bedroom with a bathroom is situated also at a half-floor level going up from the dining-kitchen, which means all the interior space of this house forms one long inclined hall of 6m wide. To fit the building into the irregular shape of the site, we bended this hall at an angle of 70 degrees, at the end of the dining-kitchen as to put the bedroom onto the billiard-theater slightly off to the side, and the gap of the first and the second-floor became the terrace open to the broad view of schoolyard next to the site, letting the light plentifully into the whole house through bathroom surrounded by glass wall. 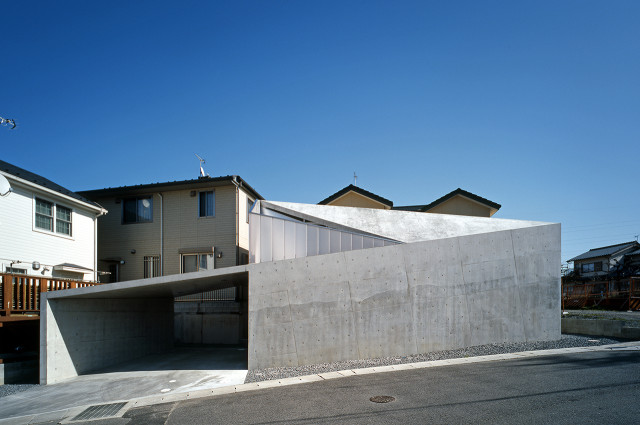 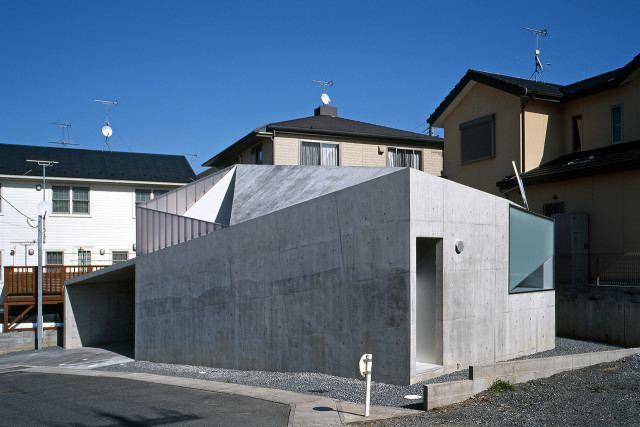 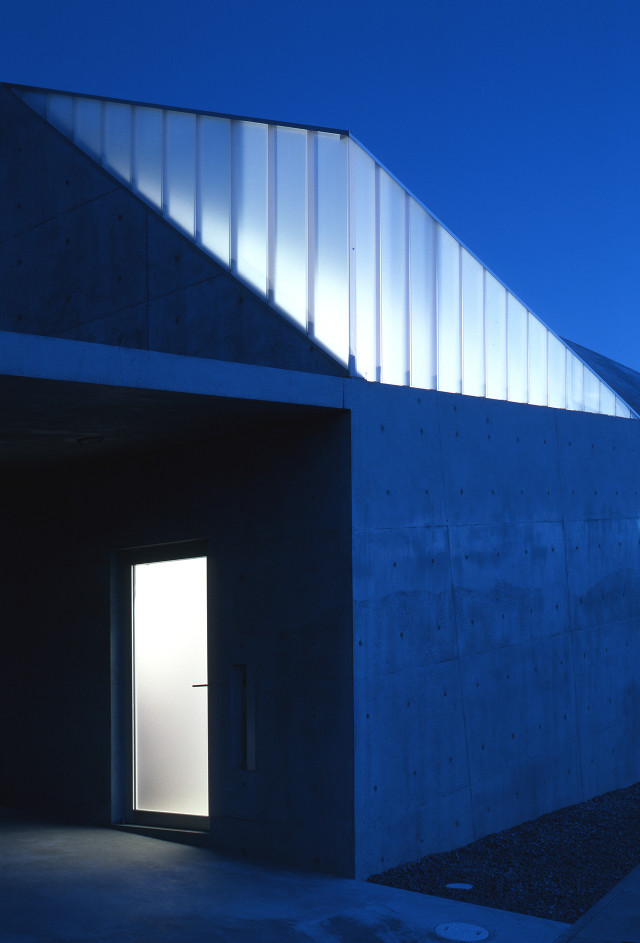 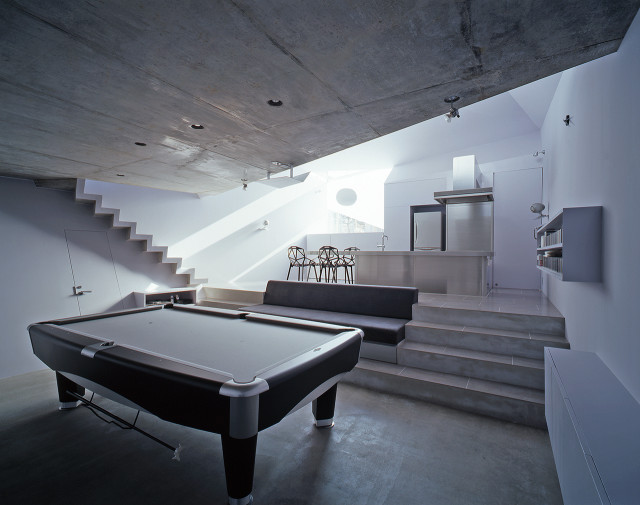 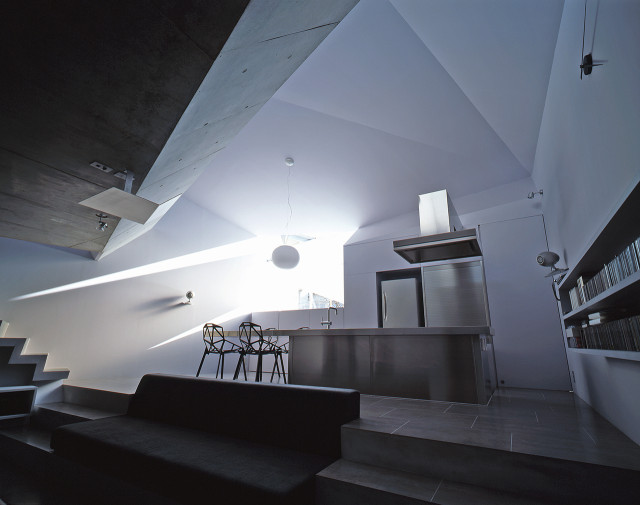 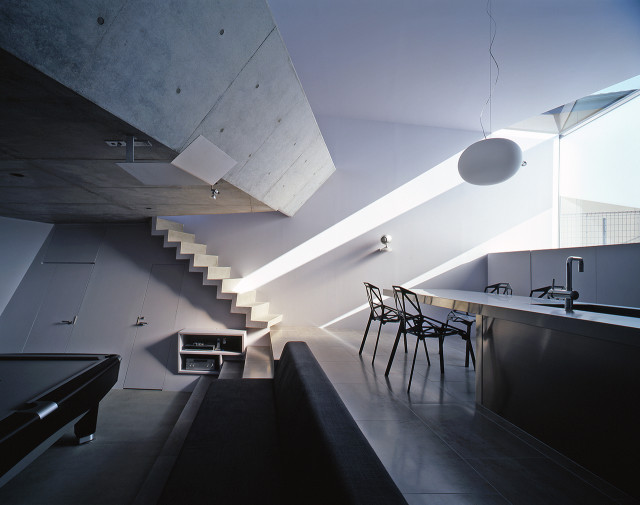 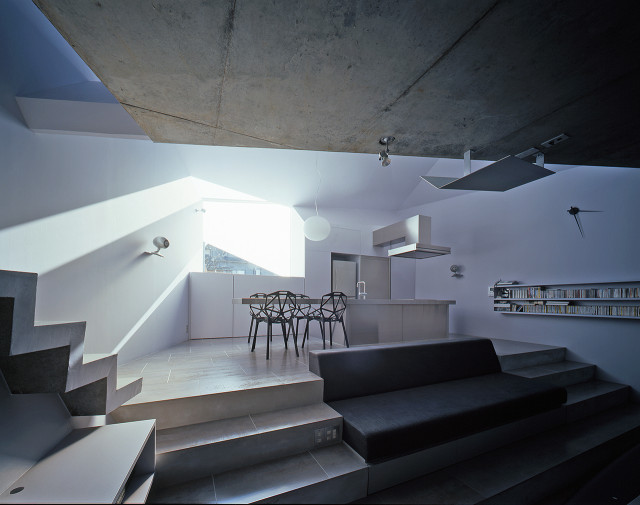 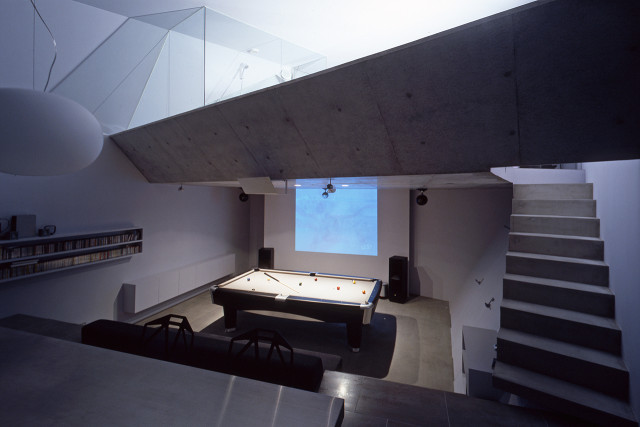