The building is an atelier and residence for a couple of painter and a designer..It is a  space to spend their whole day with their only son and will be used to regularly exhibit works as a gallery  and host a party. Therefore, the atelier and the residence will be used multi-dimensionally by shifting boundaries depending on usages. In order to house various activities, extra air volume and spatial intonation  were sought. By distorting the inside of one big volume, we searched for a vibrating space that responds to the weight of activities.

As the climate is harsh with strong wind and fallen snow, openings were made only at the south and the north sides. The plan was designed in a parallelogram, cutting the site’s east and west edges with additional lines that confronts directly to the south-north direction. The ridge of the gable was designed on the diagonal line and ceilings’ height difference was given as if twisting from the south to the north. The atelier that requires even quality light and high ceiling was positioned and high ceiling was positioned on the north and the residence on the south where the sunlight energy is most efficient. The volume was divided into three in the longitudinal direction and a core was placed between the atelier and the residence. At around the centre of the core, a passage to connect the atelier and the residence was provided. 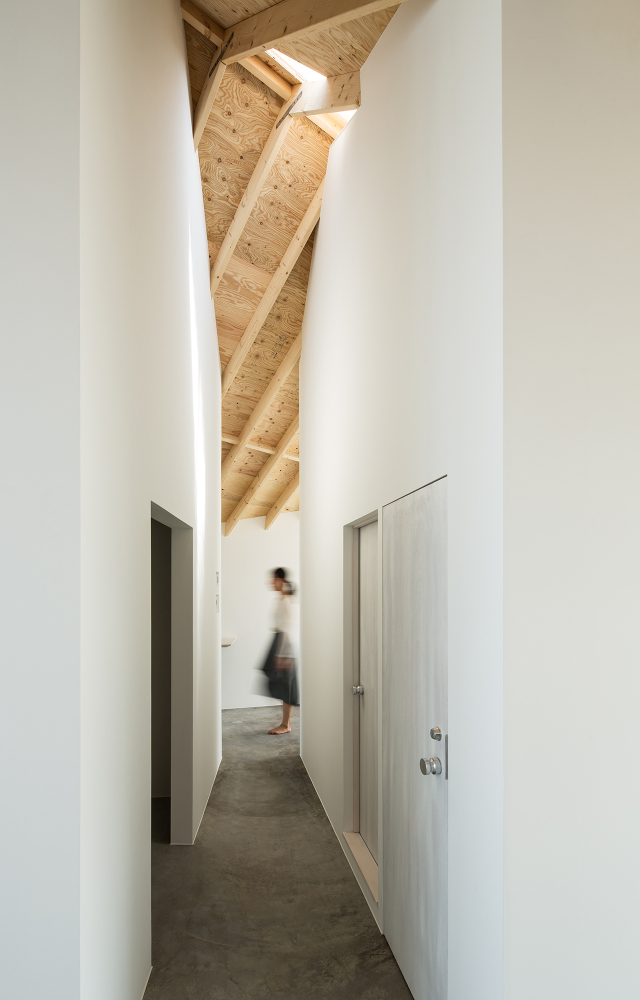 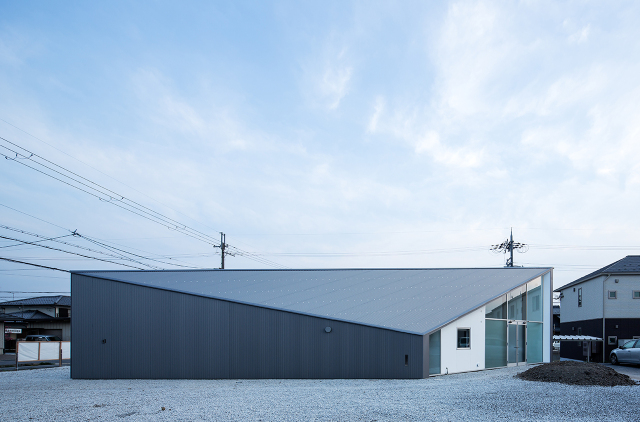 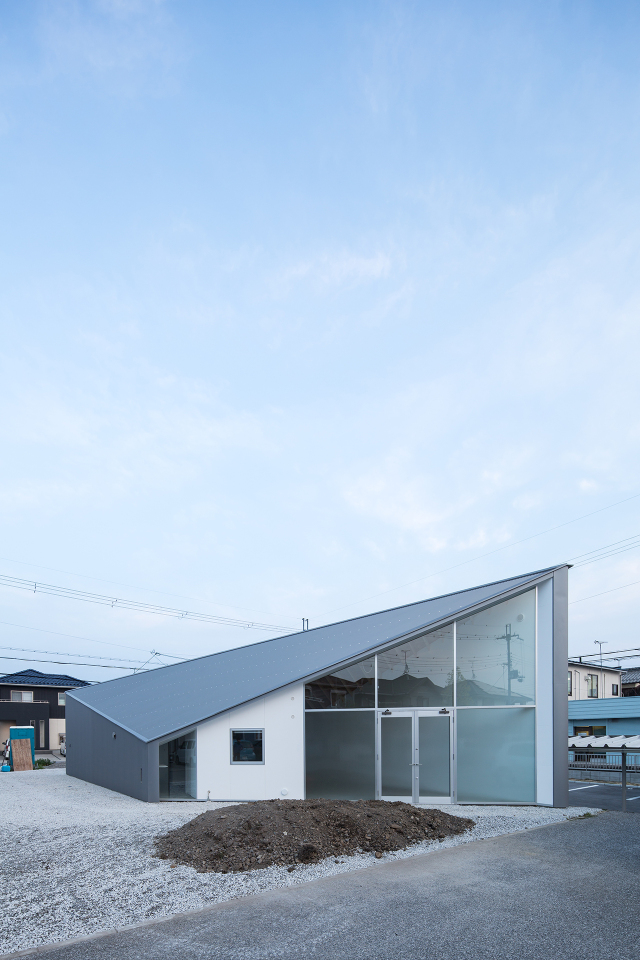 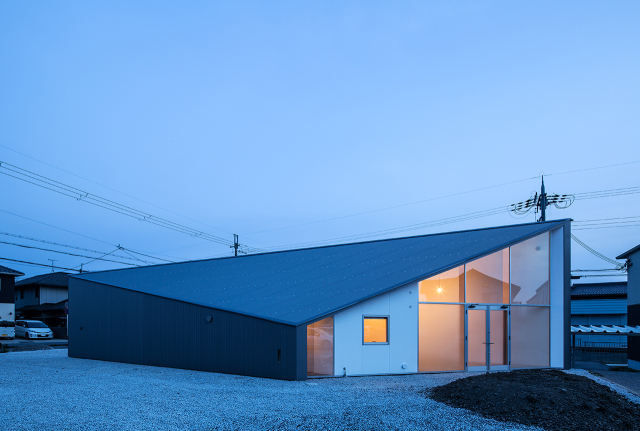 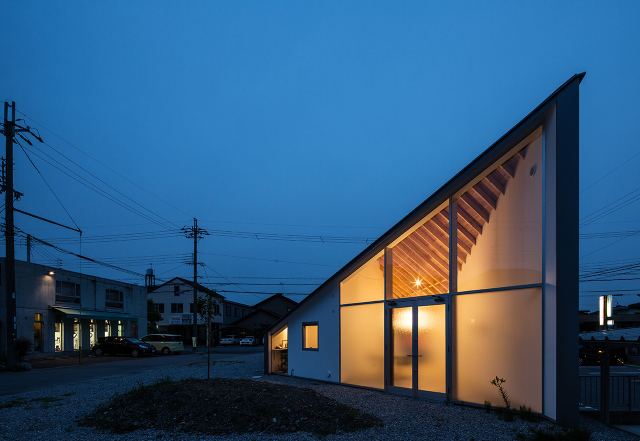 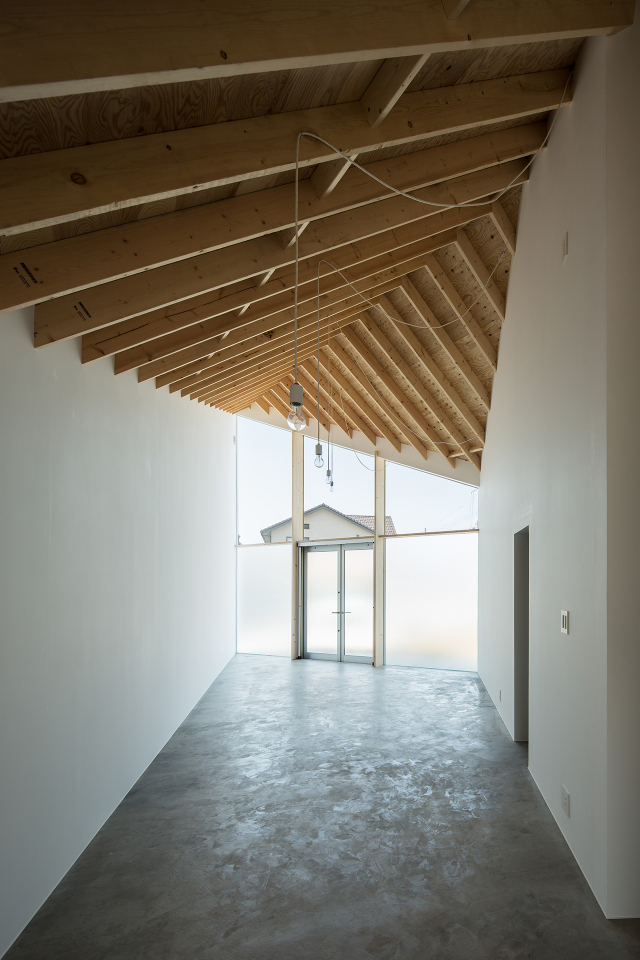 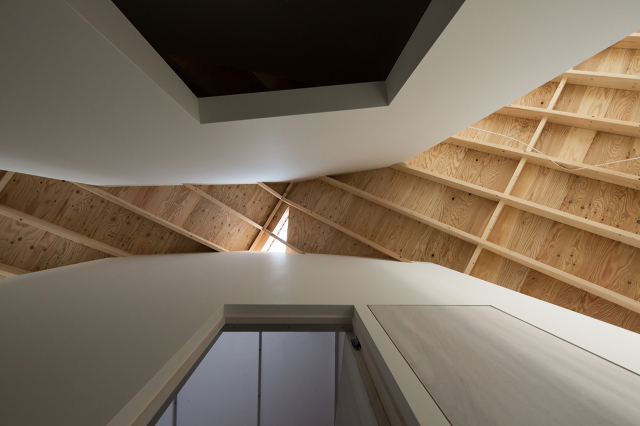 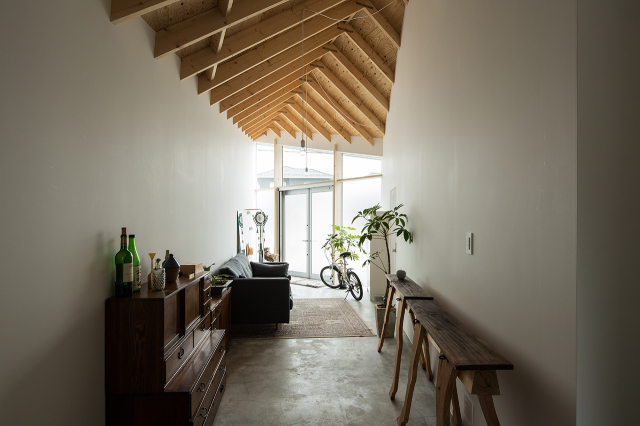 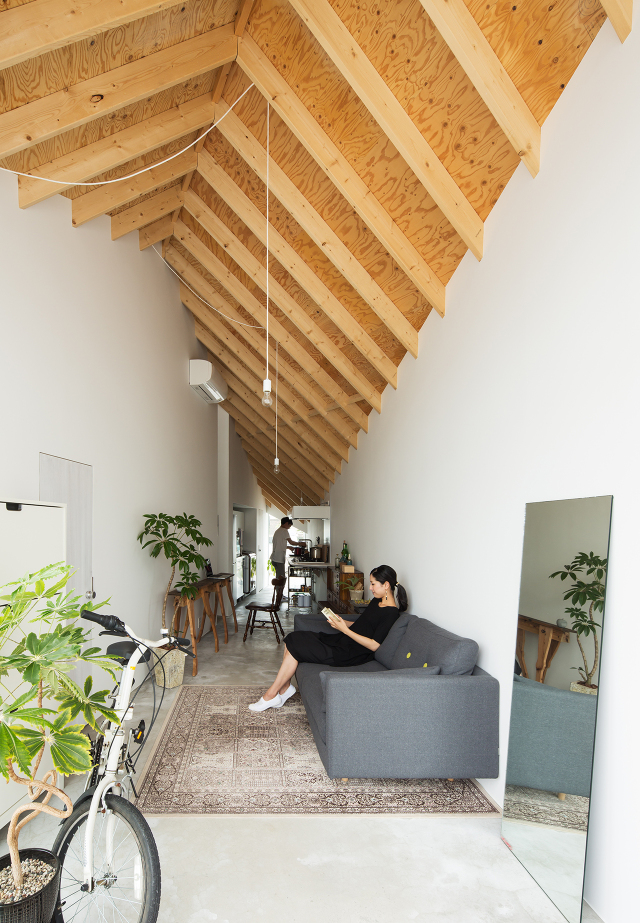 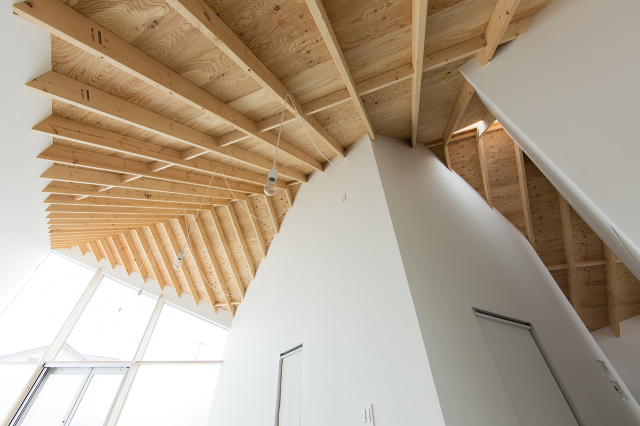 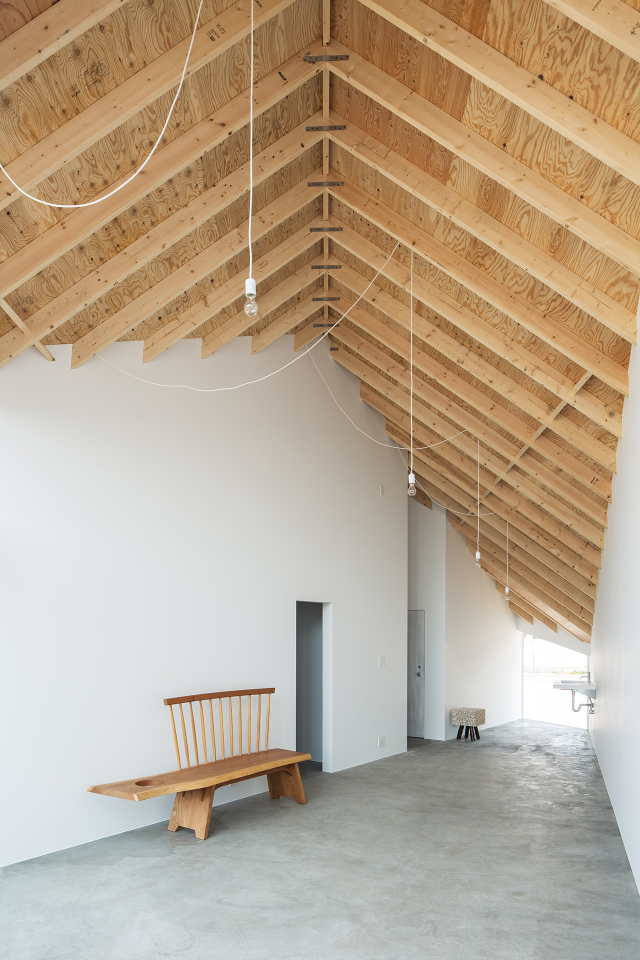 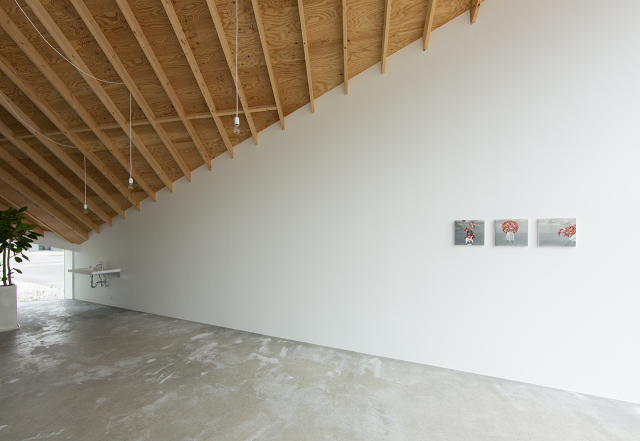 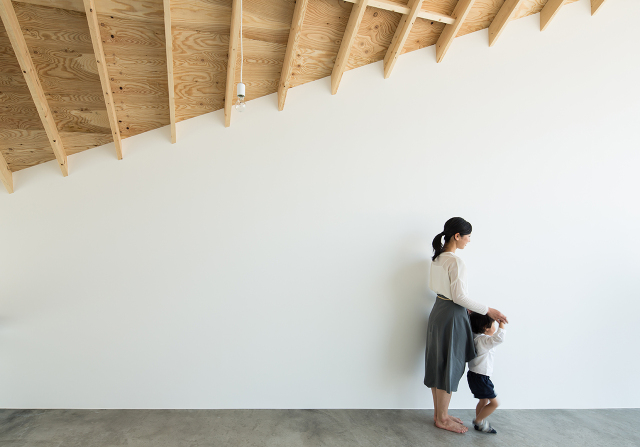 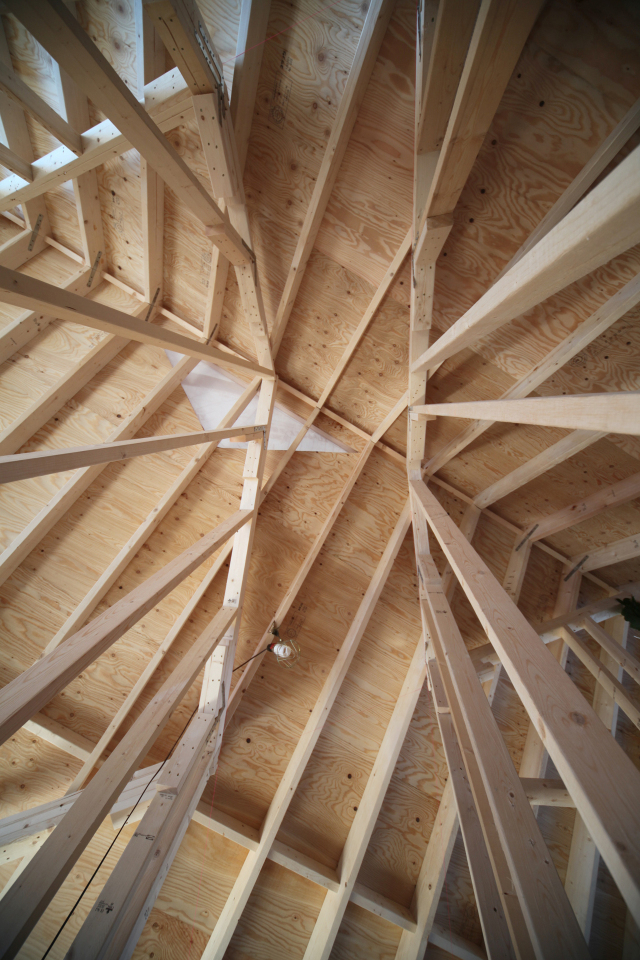 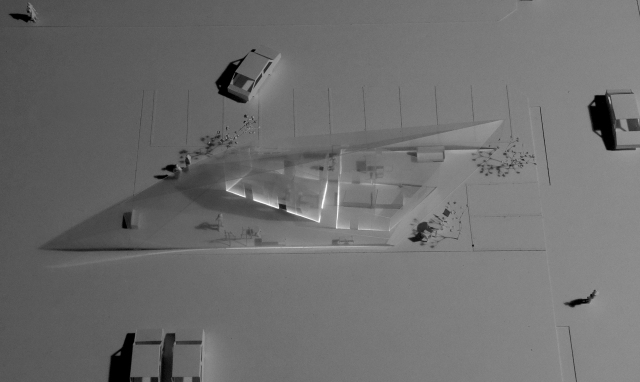